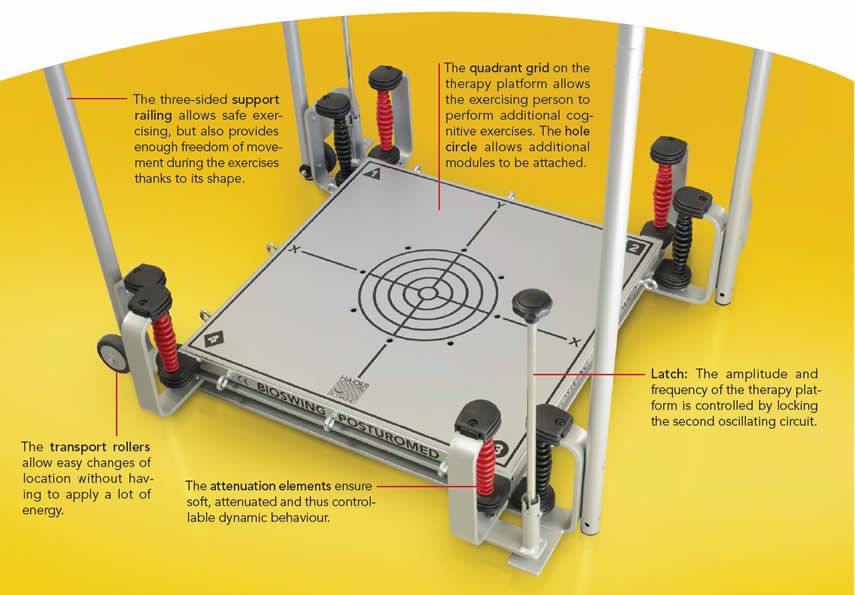 With the dosed provocation of the sensorimotor control and regulation in a closed chain of movements on the Posturomed®, postural actions and reactions can be optimally developed. This activation of the segmental, sectoral and polysegmental coordination stabilises the supporting joints and the spine. A stabilised sensorimotor system is the foundation of a painfree and powerful locomotor system. 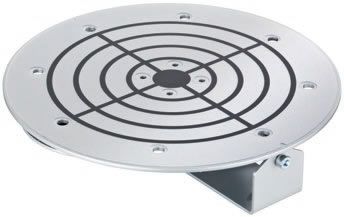 With the OSG module, the sensorimotor stimulating movement impulses of the BIOSWING ® training and therapy platform are also used outside of the horizontal level. The stabilisation capacity of the ankle joints is provoked around a tilt axis that can be locked at 45° angles. To avoid contraindicated movement deflections, the tilt of the 32 cm large platform can be limited to 7°, 10°, 15° or 20°, both symmetrically and asymmetrically. 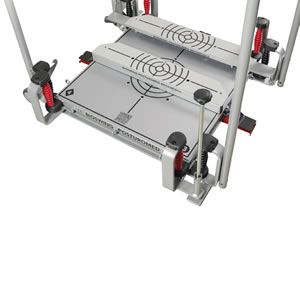 
Stabilisation exercises that focus on a certain direction can be performed with the rehab module in a closed chain of movement in the higher frequency muscle synergism. Thanks to the partial relief of the lower extremities, the rehab module can already be applied at an early stage of the postoperative rehabilitation phase. The patient stands with one leg on a stably supported fixed element above the therapy platform of the Posturomed® 202, and with the other leg on the unstably supported slide element. Visual feedback on the maintenance of the correct movement direction is required for optimum application of the rehab module: either mechanically via the feedback module or electronicallyvia the MicroSwing® measuring system. The rehab module can be optimally combined with the Posturomed® intervention pull or other cable pulls. 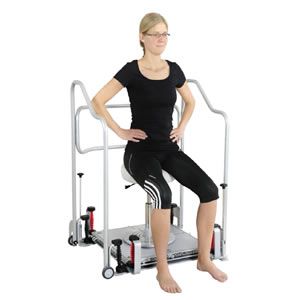 
The seat module, which can be continuously adjusted in height from 38 to 51 cm, supplements the Posturomed® with the option to perform torso and eg-stabilising exercises while seated. It can be used in traumatology and orthopaedics, geriatrics and neurology, amongst other medical disciplines. Especially in early postoperative phases of the lower extremities, in which the supporting joints may not be put under any strain or can only be partially strained, synergistic co-activations of the torso can already be worked out with the seat module. 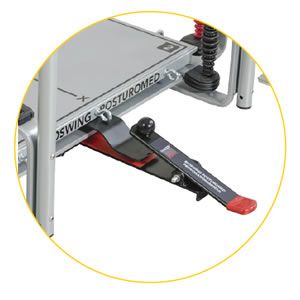 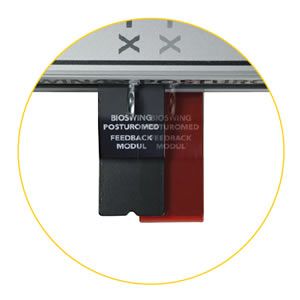 
The mechanical feedback module gives the patient as well as the therapist better control of the motions of the Posturomed® platform with prescribed and to-be-maintained movement directions. This extension is especially expedient when installed on cable pulls or in the therapy with the rehab or seat module. 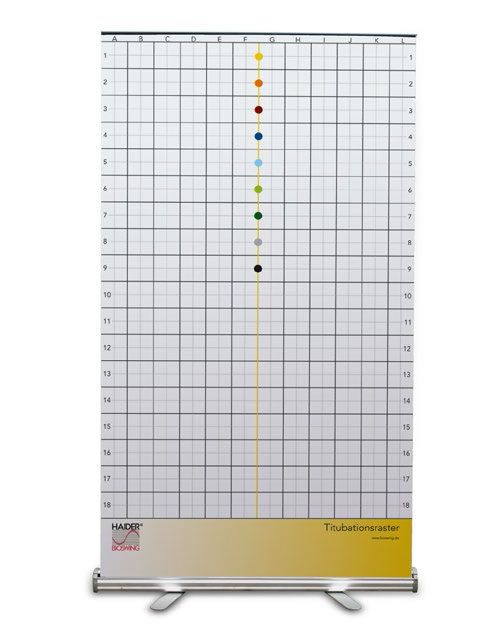 For safe assessment of the exercising person‘ s (partial) body sways (titubation), the titubation grid (120 x 208 cm) is installed behind the Torsiomed®. When using the MicroSwing® PosturoCyberneticsTest or other measuring methods, the titubation grid ensures correct maintenance of the direction of movement thanks to the standardised alignment of the coloured dots.